If you thought mike tyson was a badass before, wait and see how he behaved when a guy pulled a gun from within 15ft of him – let’s just say you can call him Cool Hand Luke.

TMZ got this insane video of what we’re told was a little comedy show Tuesday night on a rooftop bar in Hollywood, and MT was there with a few friends.

At first, you see Mike calmly sitting at his table in the front row to watch the show – but it’s all been interrupted by a random guy who approaches Mike and co. and attempted to hit on him, disrupting a comedian’s set and everyone’s good time. 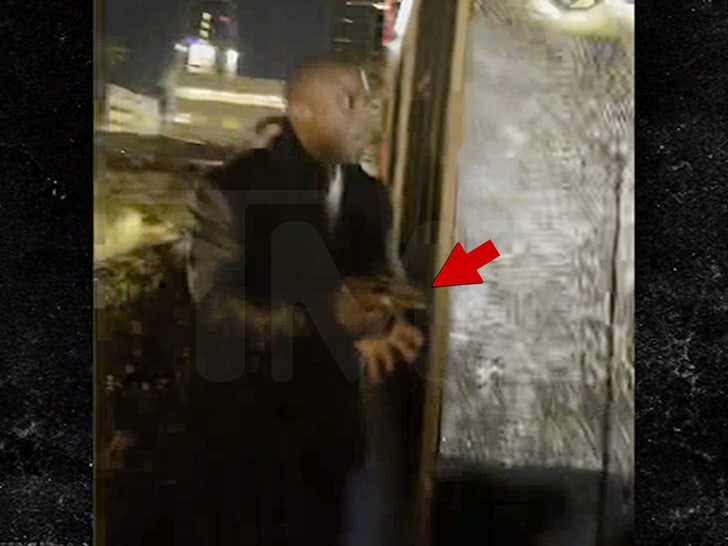 While you can’t hear exactly what was being said in the footage, eyewitnesses tell us the man was actually challenging Mike to a fight – suggesting he wanted to raise his “status”.

Mike, of course, kept calm and didn’t engage with the man…mostly letting him talk. Eventually, however, another man steps in and tells the guy to scramble. We are told it was actually the host/MC of the evening.

This pissed off defiant guy Mike… who threatened to shoot the host, then pulled a gun from his belt and cocked it in front of everyone. Naturally, everyone gasped and began to hide under the tables. 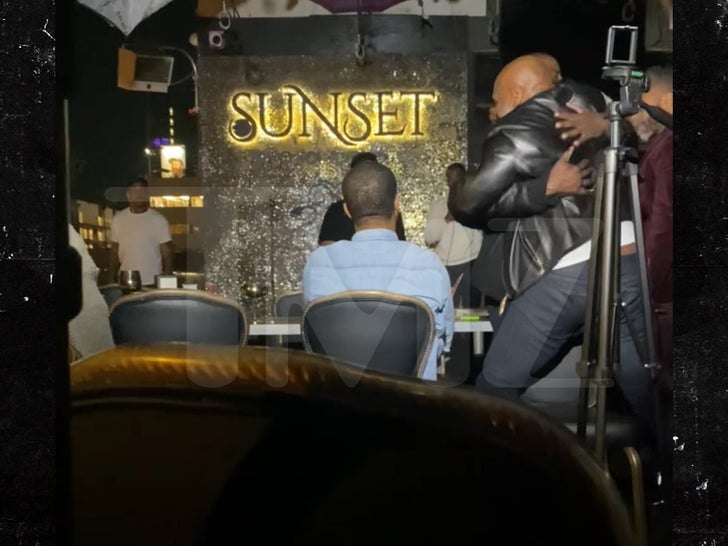 Luckily, he never fired, put the gun away, and almost immediately regretted it. He approached Mike again and asked him not to call the cops. Once again Mike just sat there in relative silence, heard the guy and in the end, kissed him.

Mike actually hugged the man, at which point he eventually left without further incident. We’re told people started coming out after that with some trepidation – not sure if the dude was hiding somewhere down in the streets. After a while, Mike left too.

We checked with authorities… LAPD says they were never called. As for Tyson? Yes, he did his best Paul Newman impression. Icy, Iron Mike.