Zontanos has been on The Comedy Network, Just For Laughs, MTV Canada and more. He’s been making audiences laugh across Canada for years.

Traveling the world as a comedian, Manolis has worked with Russell Peters, Ari Shaffir and Rick Shapiro.

His unique humor allows audiences to enter the mind of a simple yet complex man who leaves people feeling like they’ve made a new best friend.

Born and raised in Hamilton, Coppolina became a leader in the local comedy scene. He toured North America with The Monsters of Comedy and shared the stage with Neil Hamburger, Brian Posehn, Ari Shaffir, Jeffrey Ross and Tom Green. 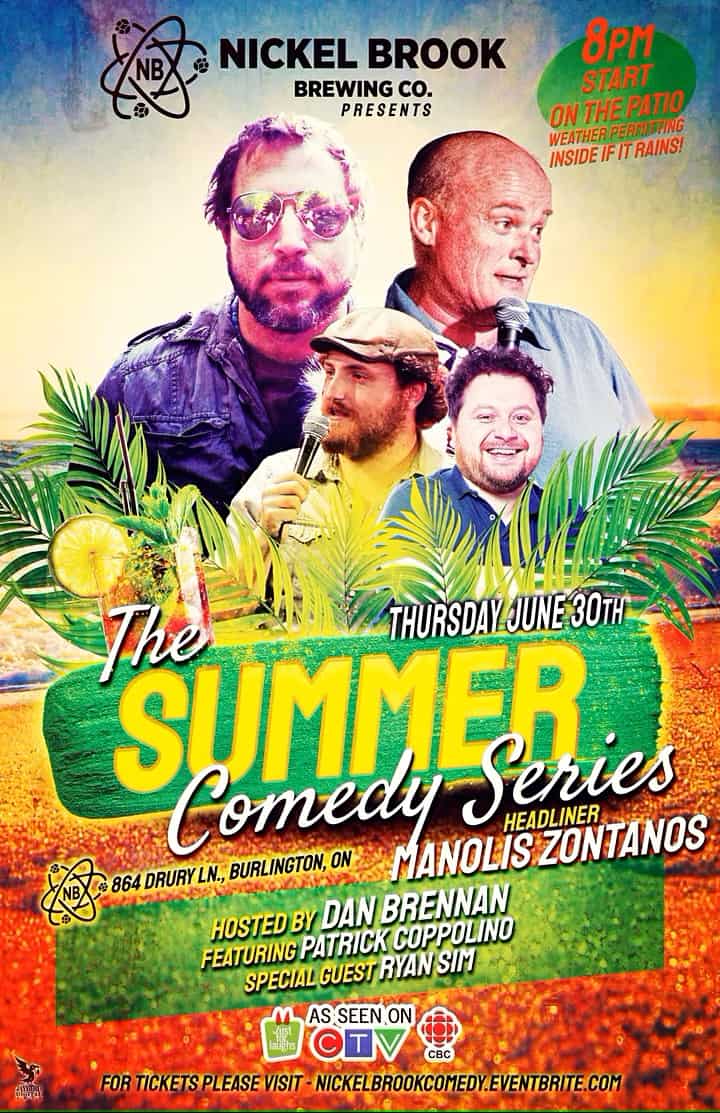 Sim is a Hamilton-based comedian and a two-time recipient of the Niagara Comedy Awards’ “Best out of Towner” award. He leads shows throughout Southern Ontario and also performed at the Hamilton Fringe as the life-size, rapping and swearing Grump Bear, for which he won the People’s Choice Award.

Dee is an up-and-coming stand-up comedian from Niagara Falls. His fresh, fun style of self-deprecating humor and silly songs will have you tapping your knees and toes. She opened for SNL’s Tim Meadows. Dee was also named Rookie of the Year at the 2021 Niagara Comedy Awards.

Host Dan Brennan, from Burlington, is a gifted storyteller, and his material, based on all the times he got it wrong and his failure to understand the modern world, is delivered to hilarious effect.

Tickets are $15 and while it’s for all ages, the comedy often contains mature themes. Doors open at 7 p.m. and the show starts at 8 p.m. For tickets, visit here.