A society which exists to promote the correct use of English reacted with fury after a BBC radio comedy show jokingly suggested they were ‘grammar nazis’.

The phrase is used to describe the so-called finicky for correct grammar.

It was repeated several times on Gemma Arrowsmith’s Radio 4 show Sketched Out, during a mock segment that delved into the “dark world of Nazi grammar”.

In the episode, a documentary filmmaker posing as Louis Theroux was heard “meeting” a member of the “Nazi Grammar Community”, who allegedly has a poster of Queen’s English Society President Dr Bernard Lamb, on his wall.

She described him as “dreamy” and told how she was “sucked into this electrifying online world where they discuss your possessiveness and the contraction of you”.

Responding to the humorous joke, a Queen’s English Society (QES) spokesperson today said the band ‘totally condemn’ the ‘implication’ that they are ‘grammar Nazis’.

On the September 29 broadcast, a comical man impersonating Theroux was heard saying, “I’m going to the dark world of Nazi grammar.”

A character, named Paul, then said, “I would argue with people online, with colleagues, employers, even at parties.

“I thought everyone would be impressed that I knew the difference between counting and non-counting nouns, or how to use effect and affect.

The man doing Theroux’s voice then replied, “See, I know that one. Affect is a verb and effect is a noun. 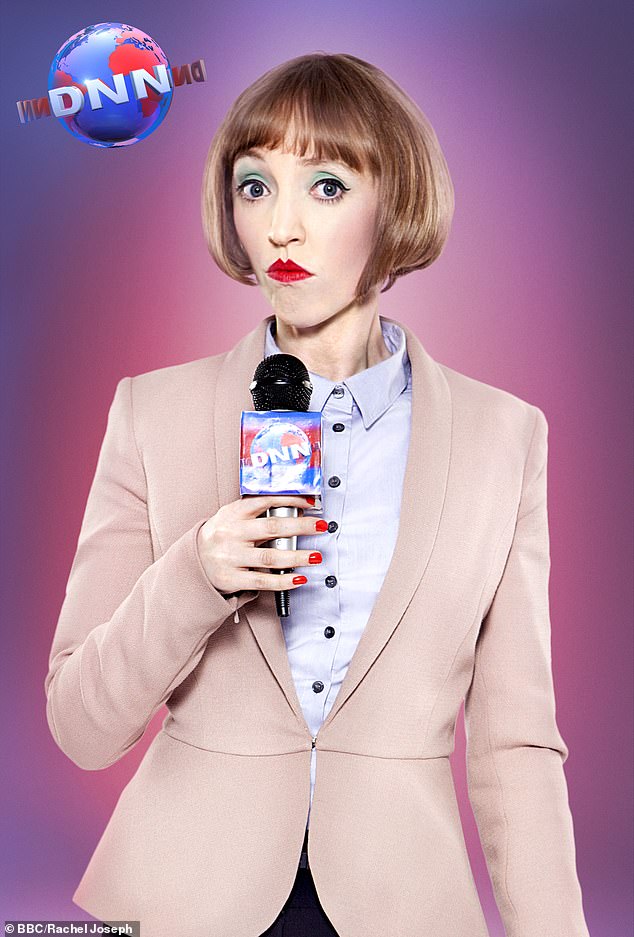 It was repeated several times on Gemma Arrowsmith’s Radio 4 show Sketched Out, during a mock segment that delved into the “dark world of Nazi grammar”. Above: Gemma Arrowsmith on the CBBC DNN sketch show

The fake Theroux then added: “It was clear that the road to recovery was long.

“But I wanted to go further. Sara, assumed name, is still part of the “Nazi grammar” community.

Sara then said, “It started with the little things. Just fix the apostrophes, and then you’re sucked into this electrifying online world where they discuss your possessive and twitchy you.

“And before you know it, you’re writing essays in comment sections, explaining the difference between their, there, and they are!”

She added: ‘It’s not my job to put people at ease, I’m a truth teller.

“And if you can’t handle this with your elite BBC brainwashing methods, you can just get the hell out of my house right now!”

“Theroux” was then heard talking to Sara’s teenage daughter, who had Dr. Lamb’s poster on her wall.

She said: ‘This is Dr Bernard Lamb, President of the Queen’s English Society. Isn’t he a dreamer? 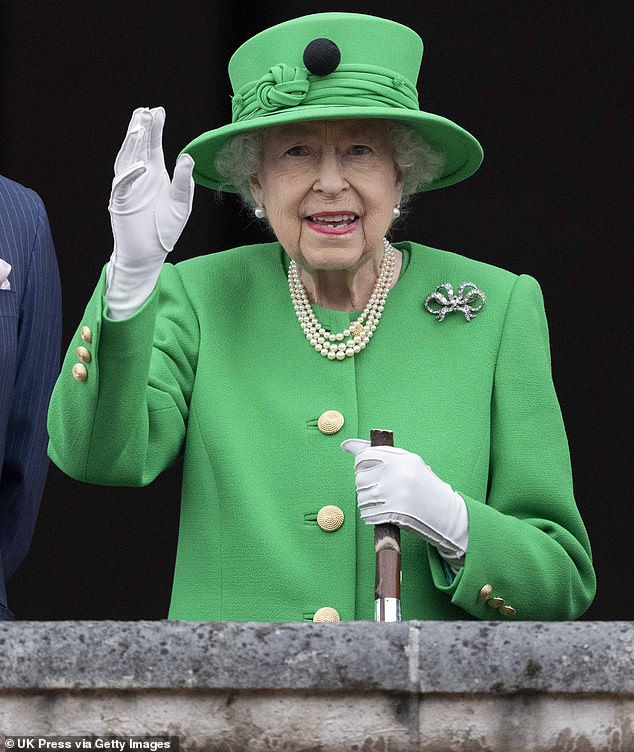 The QES strives to “halt the decline in standards” in the use of English. In 2020 it emerged the company might change its name after the Queen’s death

The QES spokesperson added: ‘While we have no objection to the description of our Chairman, Dr Bernard Lamb, as a ‘super dreamy’ pin-up girl, we strongly dissociate ourselves from any Nazi, Fascist organisation. or other extremist and consider this a random, flippant and inaccurate use of the term “Nazi” to be repugnant and offensive to Holocaust survivors and WWII veterans.

“The Queen’s English Society is a global, progressive and multicultural charity which seeks to promote the maintenance, knowledge, understanding, development and appreciation of the English language.

“We strive to free the English language from use that is detrimental to its clarity or euphony.”

The QES strives to “halt the decline in standards” in the use of English.

In 2020, it emerged the company might change its name after the Queen’s death.

As the ‘King’s English Society’ was mentioned as an option, Debbie Le May, editor of the QES newsletter, said she should consider dropping the royal name altogether.

“It is considered that all of this expresses what society stands for and does not tie it to outdated customs or an elitist and exclusive cabal,” she added.

However, at the group’s annual meeting last month, members voted to keep its current name.

The society was founded in 1972 and nearly ceased to exist in 2012, after none of its members volunteered for roles within the organization.

He got a late reprieve when new committee members volunteered.