The chat show host spoke to the Dancing With the Stars ace alongside the rest of the Irish rugby sevens squad following their Rugby World Cup bronze victory to sept 2022.

Jordan and his teammates talked about their accomplishment and showed off their medals to an enthusiastic audience.

They also talked about skincare and Jordan asked Ryan to guess his age.

However, Ryan refused to answer Jordan’s question saying, “I learned my lesson.”

Jordan replied, “I won’t be offended, I’m not a woman.” 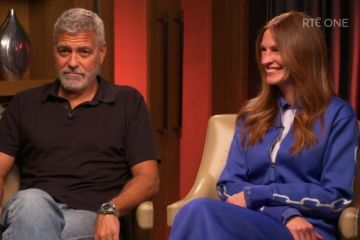 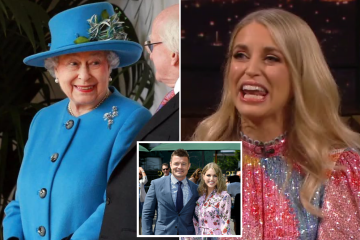 It comes after a major ‘misogyny’ controversy between Ryan and Derry Girls star Jamie Lee O’Donnell.

The presenter was challenged by the actress when he asked her age on the Late Late Show in April 2022.

The Late Late Show host asked her, “That might be a rude question, you don’t have to answer, but can I ask how old you are?”

The RTE star prompted her again and said, “Would you mind telling me how old you are?”

Jamie told her: “That’s what kind of gets on my nerves, no disrespect… it’s still quite misogynistic even if it’s unintentionally because men don’t get the same scrutiny in their careers. .”

Ryan tried to redeem himself but the Irish star didn’t seem to believe him.

He told her, “I definitely would have asked the same question of the male actor too.”

To which the Derry native replied: “You say that now but there’s no one here to take your word for it.”

“Actually, there was a compliment coming in there…please don’t get me wrong.”

Ryan was nervous at this point and quickly added, “I’m done with that question, I’ll move on. I can read a mood when I see it.”

Late Late Show viewers have all praised the Derry Girls star for speaking on the show.

Another said: “Fair play Jamie, great way to shut him up.”

Nathan wrote: “Ryan Tubridy seeing his life flash before his eyes after Jamie Lee O’Donnell pointed out the age issue was misogynistic.”

One fan said, “Haha Derry Girl puts Tubs back in her box.”

The Late Late Show Tonight’s official Twitter account poked fun at Ryan, sharing a gif of someone breaking a sweat and said, “Ryan when age is mentioned live on #LateLate.”