Let’s have fun, South Pas! Square Deal Barbershop hosts a weekly comedy show in its outdoor space behind the store featuring local comedians. The shows are Thursday evenings at 7 p.m. and the launch show is Thursday, September 23.

Producer Daniel McRobbie tells us he’s hopeful the local community will stop by the show towards the end of their Farmers Market outings to take advantage of the comedy’s weekly lineup, which will be new and different each week. McRobbie is a comedian himself and is the host of Square Up. September 23 features Ahmed Al-Kadri, Heather Donaldson, Cooper Lyden, Vance Sanders, Christine Medrano and Jared Goldstein. On September 30, Nick Taravella, Veronica Kwiatowski, Teresa Lo, Cole Alexander, Kelly Ryan and Bruce Gray.

â€œI’ve wanted to start a show for a few years now, I was just looking for the perfect venue,â€ says McRobbie. â€œThe pandemic has changed what the ideal place is now, so having an outdoor space where people can be a little more comfortable was crucial. I found the space at Square Deal when I was having my hair cut and it was a bit behind. It can be difficult to find an outdoor location that performs well acoustically, but the back patio has walls enclosed on three sides, â€he explains.

McRobbie has teamed up with John Halminski, owner of Square Deal Barbershop, to try and create an amazing local space where he says he can bring the best Los Angeles comics to South Pasadena. “The goal is to have a show where people see the best comics that they maybe haven’t heard of yet and also some amazing drop-ins sporadically.” He goes on to say that “most of the people we have played in clubs across the country, some done late night spots on network TV or contributed to popular shows on Netflix, HBO and Comedy. Central, but haven’t really become household names yet. It’s a kind of “see before they’re famous”. 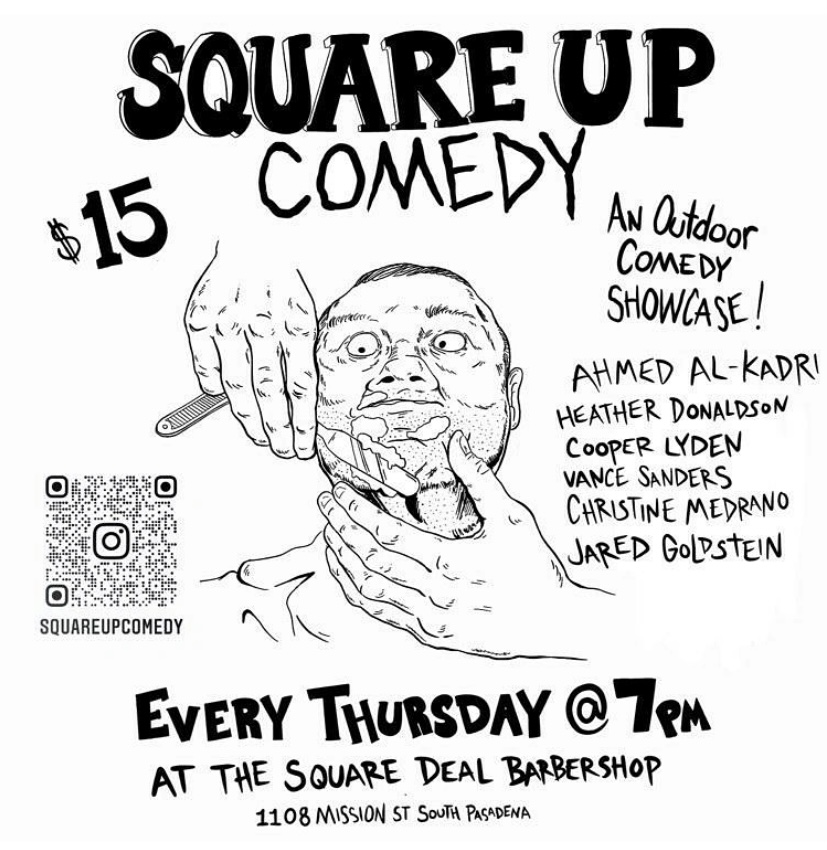 The Comedy Show Returns to the Delta Theater