The new gig comes as the 58-year-old has reportedly been feuding with her co-host Savannah Guthrie backstage for months.

While co-hosting Today, Hoda revealed that she has a brand new project in the works.

Fans can listen to Hoda read the story when the new audio version of the title drops on September 13.

Hoda’s version arrives to celebrate the 75th anniversary of the book, as it was first published in 1947. 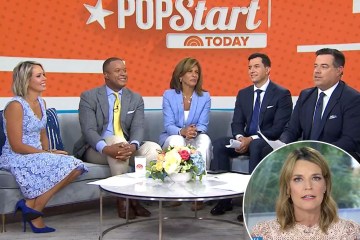 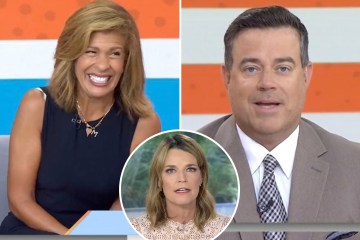 The anchor shared, “When I first saw Goodnight Moon and read it, I thought, ‘What is it about this book that captivates kids?

“I realized that was it. It’s a child’s room, it’s a child’s brain, and it’s the calming effect the words on a page can have.”

After the video ended, Hoda continued to gush from the book as she sat on the couch with a few of her co-hosts.

She shared that a “special anniversary edition of Goodnight Moon” will be released on August 30, before Craig Melvin chimed in to add that Hoda’s audio recording is coming out a few weeks later.

“Here’s the best part,” he continued. “You can wake up with Hoda [on Today]and Hoda will also help you put your kids to bed at night.

Craig gushed to Hoda, “You have the perfect voice for an audiobook.”

The 58-year-old’s big career announcement comes as fans noticed she also had a new place on the stage today amid rival Savannah’s presumed absence.

Hoda will often be seen in the middle seat when the 50-year-old is away, as she has been on and off for the past two weeks.

This week, Savannah went on vacation with her family.

She posted a photo of them at a water park over the weekend, then let her followers know about her attendance at the Dutchess County Fair later that week.

Today, fans of the show started speculating if Savannah dropped any hints that she might quit the morning show amid her alleged feud with Hoda.

A source close to the Today Show production told The Sun exclusively in June that despite their sunny dispositions towards each other onscreen, behind the scenes, Savannah and Hoda secretly “can’t stand each other.”

“Savannah is the boss. After Matt Lauer was ousted, Savannah took over and she really wanted Willy Geist as Hoda, but her ratings just didn’t measure up to the network.”

“Hoda maneuvered Savannah and got the spot.”

Beyond that, the source added that Savannah “considers herself a true journalist”, while Hoda is seen as “the lighthearted one who drank wine with Kathy Lee Gifford”.