VIDEO: Kapil Sharma interacts with street vendors about his comedy show, thanks them

Kapil Sharma was recently seen interacting with a few street vendors on a trip to Mumbai. As his car had to stop, possibly due to the traffic light turning red, he had the opportunity to interact with his fans and share a frank moment with them. Kapil rolled down his car windows and spoke to the two ladies who were selling items to oncoming traffic.

Kapil shared the video on his Instagram. The clip begins with one of the women saying, “The Kapil Sharma Show,” then bursts into a shy laugh. After that, Kapil asks him: â€œDekhte ho aap? (Do you watch the show?). The woman nods, smiling.

Kapil then turns his camera towards the second woman standing on the other side of his car and says, â€œAap bhi dekhte ho? (Are you looking too?). The woman says yes, to which Kapil replies: “Thank you aapke pyaar ke liye (thank you for your love), happy new year.” Kapil wrote on the clip “#gratitude” and “#blessings” and added heart emojis. 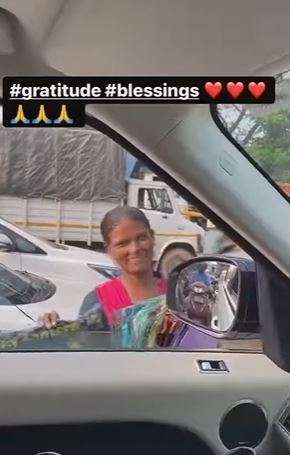 Kapil also announced his digital debut with the Netflix comedy special I’m Not Done Yet. It is due out on January 28. In a little promotional clip, he said he would share his journey to stardom in his inimitable style in the next project.

He also shared another clip where he talks candidly about his experience of “drunk tweeting” which cost him Rs 9 lakh as he had to flee to the Maldives.

Comedy show to kick off National Night Out at DeRidder

The Stranger Things actor brings a comedy to Aiken